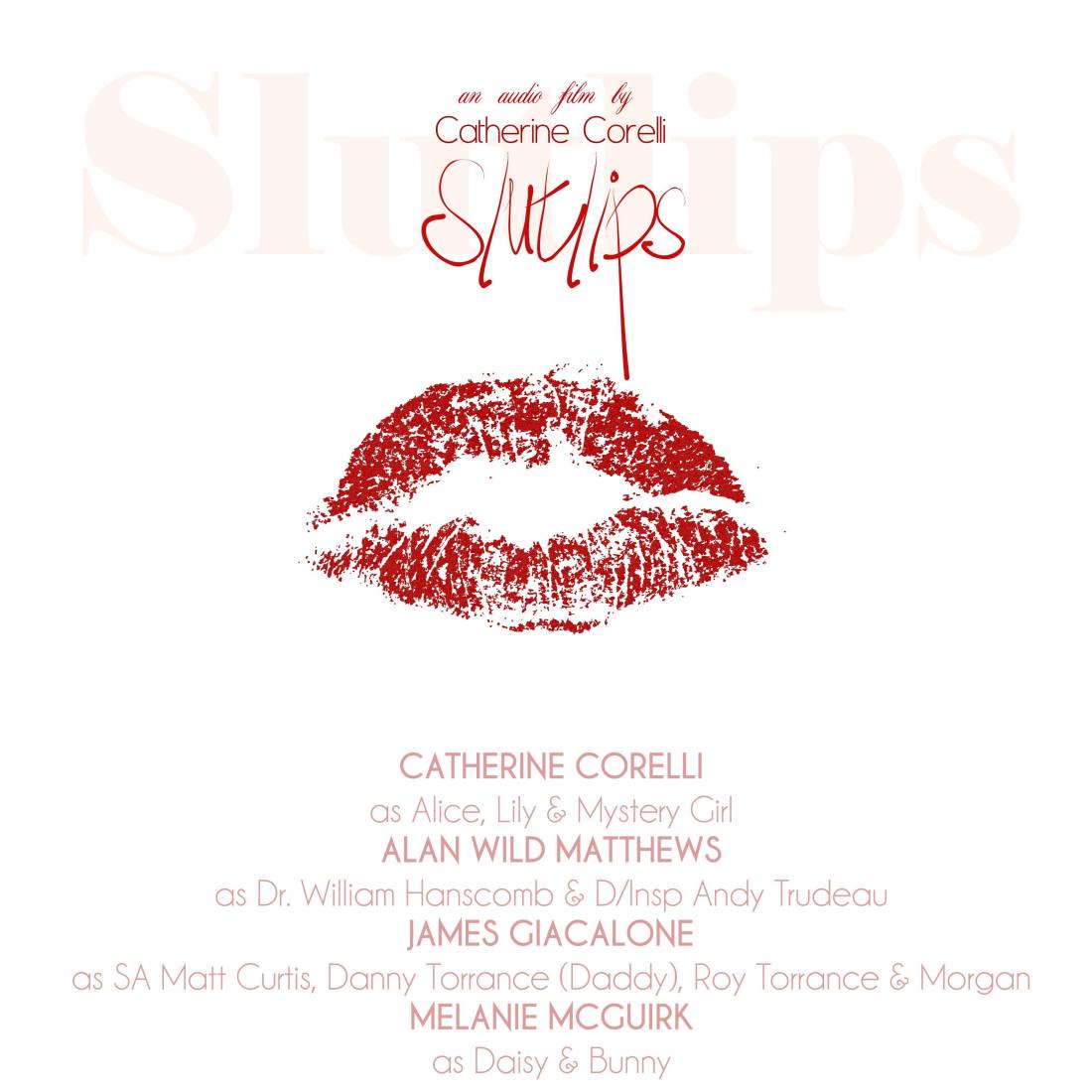 [NOTE: this is the third chapter (click here for the first, and here for the second) of a psychological horror story based on an audio film of the same name by my musician friend, Cat Corelli, something I wrote up an analysis for; you can learn more about that here. Before you begin reading, though, TRIGGER WARNING: as a horror story, this one has some graphic content of a violent and sexual nature; so if you’re one of my readers with C-PTSD or other forms of psychological trauma, you may want to skip this one. As for you braver souls, though, read on…]

Alice woke up at about two o’clock in the afternoon. Her whole body was in throbbing agony from the hangover she’d worked so hard the night before to drink herself into.

She seemed to be drowning in the seas of her feeble ego-state; then, with effort, she rose from the carpet she’d been sleeping on and looked at herself in the mirror on the hotel room’s dresser.

Then she looked down and saw blood stains by her feet.

What are those drops on the carpet? she wondered, then the memory of the night before faded back into her mind. “Oh, yeah…”

She turned on a radio on the bedside table and set it to the local news-station. As the news played, she went into the bathroom and washed the rest of her victim’s blood off her face. The stains on her dress would have to wait ’til she got back home (if she’d be safe from the cops there). Besides, the red and black stripes on her dress obscured the blood well enough for cleaning it not to be urgent.

The news continued playing as she scrubbed the stains off the carpet with an old rag she found in the bathroom. By the time she’d almost finished getting those red drops off, she–in spite of her relatively dissociative state–heard the radio announcer say, “The search is ongoing for the murderer of Ray Terence, a man found with his throat cut in the alley between the NRG Club and the Eden.”

“Oh, my fucking God,” she whispered, eyes agape, then she put her hand on her mouth. Looking away from the mirror, but still half-listening to the news report, she felt those ocean waves carrying her off into another ego-less reverie.

She heard the voices of two men investigating the case. It sounded as if they were…maybe…being interviewed by the radio announcer. She saw dark waves enveloping her in a vortex of darker and darker grey, fading into that black spiral.

Inspector Trudeau said, “The slash on Roy’s neck. It looks big enough to be the slash of a machete.”

FBI Agent Curtis spoke in a gravelly near-Brooklyn accent; it sounded cheesily stereotypical of crime investigators in noir novels or films. He said to Trudeau, “So…the report says there were teeth marks on his skin, as if he was bein’ sucked by a vampire, or a psycho who thinks he…or she…is a vampire. Barely distinguishable from the goddamn machete cut, if that was the murder weapon, but still, there…That’s not quite a typical case, is it?”

“Do ya figure the killer has any connections to Satanic sects, devil worshippers, maybe?”

“None so far that we can see.”

“Do you know know anything about who the killer might be?” Curtis asked. “Anything that could lead to him…or her? Background? Occupation? Family members?”

Every time Curtis referred to the killer as possibly female, Alice felt a chill go through her. Just this once, she thought, it would be great to hear a sexist use of pronouns.

“Well, the victim’s name is…Terence…or Torrance…something like that–I don’t have the file with me,” Trudeau said. “But this killing happened outside a bar, so I doubt there’s any family connection with the killer, or close friendship, or anything like that.”

Alice breathed a sigh of relief.

“In any case,” Trudeau continued, “our Winchester boys in South Dakota are on the case. They’re informing the victim’s brother…one Donny, or is it Danny? I don’t remember. If you like, I’ll tell them to ask if there’s a possibility of anyone in the victim’s family wanting to kill Roy. Anyway, that’s all for now.”

Alice turned off the radio and shuddered to hear the name Danny.

He was Roy’s brother…and her father.

“Lily,…Lily,…” she whispered in the darkness. The waves returned, the undulating shifting from absolute black to a dark grey.

The current of waters surrounding her brought Lily’s head near. Alice’s consciousness entered the head…

…Lily, eighteen, was on all fours on a large bed with wrinkled blue sheets. As the bed creaked and jerked back and forth with Roy on top of her, the sheets looked like rolling ocean waves.

Beside them on the bed were Lily’s father Danny, and a girl about Lily’s age, who was getting doggy-style from him, just as Lily was getting it from Roy. Also as in the case with Lily, the other girl’s face was hidden by her hair and her tears.

As the men were invading them, Danny chanted, “We’re…the sons of God, coming into…the daughters…of men!”

All the girls could hope for was a quick end to the ordeal.

I wish God’s wrath would cause the Great Flood to wash you two away, Lily thought. An endless ocean to purify me of your filth. Envelop us, ocean.

The pain of the men’s stabbing was getting overwhelming. The girls felt more and more blood coming from their insides.

Suddenly, the queen’s voice was heard: “Off with their heads!”

A Great Flood, indeed, came and enveloped them all. Alice’s consciousness left Lily’s head, which Alice could barely make out rolling away under the water. She saw other dismembered body parts whisk past her like hurrying schools of fish being chased by a shark.

As the dark waves continued to flow around her, Alice heard an unintelligible voice repeat something to her.

I’ve heard that weird woman’s voice before, Alice thought. Who is she? She feels so close to me, yet so far away, too. Is she a part of me,…or am I a part of her?

The dark waves were getting a bit lighter, and Alice rose to her feet, saw herself in the mirror again, and tried to ignore her pounding hangover. She looked down.

“Fuck,” she hissed. “I’ve still got some drops on the carpet.”

Too exhausted and still too much in pain, she collapsed on that spotty carpet.

The waves grew darker again. She lay there, hovering between consciousness and unconsciousness…